This week’sDailyPost writing challenge is entitled “Mind the Gap” in which they prompt bloggers to write about what we think about divisive topics, complete with a poll of our readers.

**I misread the actual challenge and wrote about a completely different issue because I thought it was open to any issue.  This is clearly what happens when one writes a post in the midst of eating supper and answering pages.  Life lesson learned.  Apparently the post should have been in response to the issue they presented (kids in adult oriented places) not just any divisive issue.  Fail.  At least it got me writing, even if it was about the wrong thing. But seriously, check their stuff out on the subject, it is an interesting debate.  I am on the fence on that one.**

An issue that has been on my mind lately (especially tonight while I plug away at yet another call shift while working on this) is resident work hour restrictions. 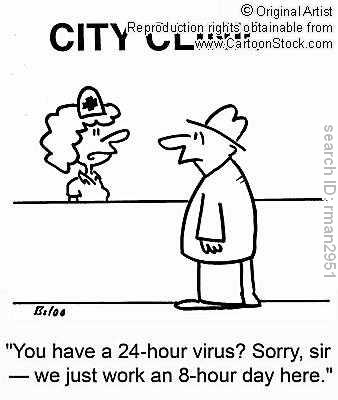 There are few professions where people work more than 8-12 hours at a time.  Medicine is one of them.  Those people you see working in the hospital at night are sometimes the same people who were there at 8 in the morning when you first came in.  They need to be available 24/7.  That is safe, that is good car.  What you may not know is that most medical residents cover the hospital in shifts that are at least 24 hours in length.    Some people do longer.

Studies have shown that residents who work prolonged shifts have higher incidences of motor vehicle accidents the day following the shift and make more errors in judgment.

There is a movement right now to change shift lengths.  In some regions, there are new restrictions to keep shifts to no more than 18 hours or 24 hours or 30 hours.  But, there is an increasing push to keep people from working more than 16 or so hours.  This is done by having a night shift of “call” residents to cover the times the day people often sleep.

This, however produces a logistical nightmare for programs needing to accommodate new shifts not otherwise needed and also increased numbers of handovers, which can also hinder patient care.  And the stats on outcomes aren’t as overwhelming as once thought.  Yes, there are improvements in safety, but there are also then issues with the amount of training time residents are getting and the quality of said time.

In fact, many argue that by taking away overnight call, doctors are losing out on valuable training opportunities both at night and day.  Many feel that as a result, training may need to be extended, thus delaying the entry of physicians into the full fledged work force.

Now that I know your feelings, here are mine…

I have mixed feelings about the whole thing.

As a resident, I do know that valuable learning happens on call.  I.e. during the hours that the entire team is not around.  It is when you learn to manage the tough stuff and the finer aspects of medicine that make you a good doctor.  For some specialties, this is a key time.  For instance, surgery residents get lots of valuable operating room time, obstetrics residents deliver lots of babies and radiology residents get to see lots of acute stuff in imaging and manage resources.  For my specialty and some others, this does not change significantly, but it is still an important time of virtual independence.

Sure you get to do all of that stuff during the day.  But, it is more concentrated at night.

The nights on call also add hours to your week, again increasing learning prospects.  Not a bad thing.  Also, you get paid a bit extra for doing call.  Bonus!

All of this added learning is key when you are a resident because you want to become a great attending.

And attendings in most areas don’t have work hour restrictions, which is both scary and not surprising.  Thus, they expect residents to hold similar hours, as residency is training for their job in the future.  There are many pressures to work beyond your time.  Often such behavior is rewarded as “dedication.”  But, one can argue that not having significant work hour restrictions beyond the standard 24-30 hours is being realistic about future expectations.

Then, there is the flip side…

When you do call, there comes a point, particularly around 3am where you want to die.  Literally, death seems possible.  And you get another wind, but you are still kind of cloudy.  Not terribly cloudy, you function on adrenaline, baseline knowledge and help from apps.  I don’t think it is so impairing it is really dangerous all of the time, but it can become dangerous if you aren’t held accountable and the fatigue is prolonged (for instance when people stay after handover).  I know myself, I wouldn’t want to be making big decisions after 24 hours of work.  But, I have to sometimes.

Then, the whole sleep deprivation thing messes up your day the next day.  You aren’t around with the team for the rest of the day, so sometimes you miss out on important details and you play catch up some of the next day.  And when you have to go home post-call, you miss teaching sessions and such. Plus, even if you post-call nap, you (at least I) still feel horrendous the rest of the day and night.  And that next night of sleep really doesn’t fix very much.  It takes at least two good normal nights before I feel back to myself.  So, per call shift, I am screwed up for two days… Not cool.

On the other hand, work hour restriction complicates things too.  It means you need extra people scheduled.  It would change the whole dynamic of the medical team with fewer people.  It also means more handovers (passing of information from provider to provider) and thus more room for error (also more room to catch missed things and such, which can be good).  And some people will get relinquished to nights for blocks of time… Better for sleep habits, poorer again for things like teaching that happen during the day.

There is an argument that if hours get restricted much more; residents will need to add time on to training.  I am already in a 5 year program.  Do we really want to make it 6?

The good thing about work hour restriction is there are fewer sleep deprived people wandering around.  As someone who needs a lot of sleep, this sounds wonderful.  I like the protection and the accountability it would provide, as well as the safety for everyone involved.

Also, the costs of medical error and call stipend saved with further hour reduction may cancel out the costs of additional training time and staffing.  The long term analysis on this is still lacking, although I suspect it may not be sufficiently significant to warrant complete change.

For me, the extra sleep and safety are worth the loss of call stipend and potential addition of a bit of time to my program.  I also have home call for most of my training after my second year, so I may be biased because I am not really affected by it like some of my colleagues.  But, as I sit here at 11pm waiting for test results on a few sick patients and wondering what the rest of the night holds, I do think it would be good to have designated night shifts or at least safer hours… I am currently 17 hours in… And still at least another 10 to go.

On the side of not being just a resident, but also someone who needs heath care from time to time, I have to say that I would much prefer a physician who is awake and alert and had their wits about them.  I think most people who do call do still have their wits, but everyone has bad nights.  The thing is, I would rather see someone than be told there is nobody available at all.  So, I guess I fall somewhere in between on that standpoint.  If there has to be someone there, then be there, even if you are tired.

So shoot me if you will… I would rather an awake doctor needing some extra training and extra staffing (despite costs) than a sleepy doctor.   I know some people won’t agree.  And I go back and forth.  It is an issue that has been ruffling feathers in the medical field and has been coming to the forefront.

Enough about me…  I would love to hear more about what you think on the subject!

Should residents have work hour restrictions?  If so, how much should they be allowed to work (currently, were I work, we are expected to leave at 8am, but generally, I can’t go until at least 9 or 9:30.  Some places are limiting shifts to 16 hours and others still max out at 30)?  What about attending physicians?  Should they also be restricted in hours?  What do you think of physician work hours as a consumer of health care?

Musings of a junior medical doctor 💜